When the final whistle blows at Glen after the clash of ‘Screen and Glenullin, there will be sixteen teams left in the Senior and Intermediate Championships.
From the previous round, already through to the quarter finals are Ballinderry, Coleraine, Dungiven and Slaughtneil in the race for the John McLaughlin.
In the Intermediate grade Ballymaguigan, Craigbane, Lissan and Swatragh are already in the next round. 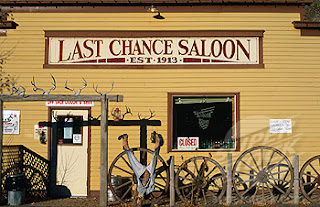 This weekend, sixteen teams will do battle, the winners head for  the quarter finals, the losers head for the exit.  It’s now the real championship, no more chances.  Some people will only start going to championship games now.

It’s ‘die dog or shite the licence’.  It will make for some interesting ties.  I was talking to a Glen man last year after their dramatic first round win over Glenullin.  After complementing him on their win, he quickly pointed out that it was worth nothing.  It wasn’t the championship, it wasn’t knock out.  A harsh enough opinion on the Watties, who were well worth their victory.
This weekend it will be interesting to see if the football on view has the level or urgency that knockout football begins.
I am going to predict the outcomes.  For the last round I got a 10 out of 16 and a “could do better” recommendation.  However, I did think Slaughtneil would have beaten ‘Screen, but was keeping the pressure of the Emmet’s.  Really I got 11.
The others I missed were Foreglen, Banagher, Lissan, Claudy and Ballymaguigan.  So we’ll see how it goes this time.
M & L Contracts Qualifiers
Saturday 20th Aug - Venue: Slaughtneil ()
4.00pm: Greenlough v Loup
On paper county champions from 2009, should beat a team just moted from Intermediate. It should be easy to predict.  Not in this case however.  After a poor start Loup have got their season back on track.  If Kevin Madden can hatch a plan to curb the influence of Seamus Graham and Enda Lynn, Loup will edge this one.  They might need extra time.
Prediction: LOUP
6.00pm: Kilrea v Banagher
Banagher without PJ McCloskey pulled off a surprise, knocking out championship contenders Lavey in round 2.  I was speaking to Paul Diamond recently he was full of praise for his side and they will be tough opponents for anyone.  The loss of James Donaghy, James Kielt and Paul Morgan will leave it nearly an impossible task.  Banagher to win this one.
Prediction: BANAGHER
Sunday 21st Aug - Venue: Glen
4.00pm:  Bellaghy v Magherafelt
(Follow this game on twitter @malmcmullan)
Bellaghy failed to cope with the speed and energy of Coleraine in round 2.  Magherafelt have plenty of talented young players to test the Bellaghy rearguard.  The likes of John Young, Chrissy Spiers, Emmet McGuckin and Anton McElhone.
Fergal Doherty missed the last outing for the Tones and they will need him available this time out to vide a driving force from midfield.  I really can’t make my mind up on this one.  If big Doc is not playing a shock is on the cards.
Prediction: MAGHERAFELT
﻿﻿
﻿﻿

6.00pm: Ballinascreen v Glenullin
(Follow this game on twitter @malmcmullan)Ballinascreen will feel like they left the game behind them against Slaughtneil.  Those missed goal chances and failing to push on when they went ahead in the second half.  They will be missing the suspended Sean Woods for this tie and Tony Scullion will be serving a touchline ban.
Glenullin’s injury situation is well documented and they will need other players to stand up and be counted.  I tip ‘Screen to bounce back and win this one but Basil Rafferty indicates ‘The Glen’ thrive on the underdogs tag.  Sunday evening will be interesting.
Prediction: ‘SCREEN
GBS Scaffolding Qualifiers
Sunday 21st Aug - Venue: Swatragh
1.30pm: Moneymore v Claudy
Work commitments have robbed Claudy of key players this season and with Marty Donaghy hampered by injury, I didn’t fancy my former charges to get past the ‘Vale.  They are now up against Moneymore, an 8th meeting between the sides in three season’s.

Moneymore are around the top of the league and been consistent without being spectacular.  In Paudie O’Neill they have a ven match winner.  If Claudy have Kieran Reilly, Gareth McCloskey and Gavin Carlin back from , this will be a big factor. It will give a foothold for Paddy Hargan and Aaron Kerrigan to take the game to Moneymore.
Prediction: CLAUDY

3.15pm: Slaughtmanus v Desertmartin
Highly tipped Slaughtmanus lost a tight encounter to Ballymaguigan in the previous round and will be keen to get their championship back on track.  I saw them playing against Slaughtneil last season and they gave us serious bother.
Desertmartin have duced a fair few mising underage players in recent season’s and they’ll be thinking it’s time to deliver, but I feel Slaughtmanus will win this one.
Prediction: SLAUGHTMANUS
Sunday 21st Aug - Venue: Celtic Park
1.30pm: Steelstown v Ballerin
Steelstown are an excellent footballing side and after coming so close last year, they will be thinking big this time around.  In round 2 Lissan were well drilled and got in among Steelstown, the secret to their win.  Ballerin’s ability to get goals was pivotal to their win over Ogra.  I feel Steelstown will be tighter at the back and this will see them prevail.
Prediction: STEELSTOWN

3.15pm: Foreglen v Drumsurn
Foreglen have been very successful of late at underage and they seem to have brought the majority of their talent through to senior level, combined with the experienced Kevin O’Connor.  From a position of strength they were overturned by Craigbane’s comeback and face themselves with a fight to stay in the race for the title.
Drumsurn will look to Ciaran Mullan for the majority of their attacking threat, but with the Duffy brothers marshalling the Foreglen defence, Drumsurn will find scores harder to come by.
Prediction: FOREGLEN
By MalMcMullan at 16.8.11