The Spartan - The Ultimate Test 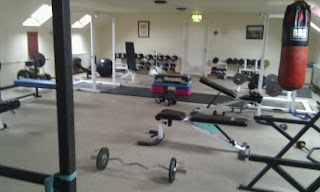 I had never heard of Gerard Butler or indeed the film ‘300’ in which he played King Leonidas.  On Facebook one day, I spotted a post by Ballinderry goalkeeper and fitness guru Mickey Conlan.

He had just completed a Spartan 300 workout.  Curiosity got the better of me, so I headed for the ever reliable Google.

I had been frequenting Slaughtneil’s gym on a regular basis and was in need of some variation to my routine.  With the help of YouTube (see below) I discovered how hard this was actually going to be.  In order to get conditioned for this role in 300, () born conducted the following routine.


I had a good base of training behind me so was confident enough to give it a try, but adapted it a little.  Due to my considerable frame, I cannot do pullups, so with help of a bench, I managed ‘assisted' pullups.  For the wipers I used 50kg (the bar plus 2 15kg discs).  It was hard to control the full 60kg at the start.

On my first attempt I struggled through it but I got there.  I planned to do one of these a month and try and see if there was any progress.  However, two days later I suffered with DOMS in my legs.  It is Delayed Muscle Soreness.  Despite my previous gym work I had never completed a dead lift, so my hammies were in melt down.

Thankfully, masseur Ryan Bradley came to the rescue and I was back in business.    Once a month, for the next few months I completed this Spartan routine on Saturday mornings.  The toughest was the wipers.  It is a great exercise for core strength and I have built them into my routine ever since.

However, during July and August, with my increased level of cycling I found it hard to get time for the gym and something had to give.  The gym sessions stopped for about 6-8 weeks.  I was foolish.  Rather than stop completely, I should have kept one session a week for maintenance.  After a layoff from this type of training you are back to square one.

A few weeks ago I started in the gym again and last night I did another Spaprtan, only this time my aim is to keep my routine, and try and improve on my times.  It was 19mins 31secs.  It is a well varied routine and a real test. 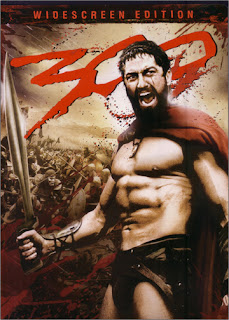 If you are pushing yourself against the clock, it helps as a cardio workout as well.  Also, my second last exercise is usually the pressups and it is an unreal effort to get the 50 after nearly 20mins of hell.

I still have never watched the film 300 nor am I training to become a movie star.  This time however, I am going to try and keep at my Spartan routine over the winter months.

Hopefully it will help with my core and overall body toning.  Over the next year, hopefully I will be able to phase in a few proper pull ups, but that will take plenty of hard graft.

My next Spartan episode is on Saturday 17th September.  Bring it on!
By MalMcMullan at 3.9.11

Email ThisBlogThis!Share to TwitterShare to FacebookShare to Pinterest
Labels: Gym