All Sunday of 1985, Páudi Ó’Sé raises aloft the Sam Maguire Cup.  Fear na Gaeltachta, is the leader of the Kerry pack on this occasion.  I associate the Premier League with Manchester United, Hurling with Kilkenny and Kerry with Sam.  On that September Sunday in 1985, Páudi gave his entire acceptance speech ‘as gaeilge’, it was plain to be seen the passion he had for the game.
This weekend I embark on an Irish language course at An Carn.  I can only dream of having the ability to rattle off our native language like Páudi, never mind bringing home Sam.  However, in Kerry All-Ireland titles are the yardstick on which they gauge success. In the 26 years since, have played in two finals, loosing in 1994 before winning in 1995.  In the same space of time the Kerry bus rolled into Croker for Final day on ten occasions, with the coveted trophy joining them on their outward journey on seven of those.  Of the 123 All-Ireland titles contested since 1887, Kerry (36) and (22) have won 58 of them.
That’s enough of the stats.  Tyrone may have been the main rivals of this current crop of Kerry players, but it is the Kerry v rivalry is what these players will have been brought up on.
When I think of Kerry, I remember Pat Spillane’s fisted goal in 1986 against Tyrone, I think of Jack O’Shea’s power at midfield and the wizard that was John Egan.
What do I associate with the Dubs? Jimmy Keaveney couldn’t have been described as the model athlete but his place kicking was brilliant.  I think of Kevin Moran bombing forward from half back and Tony Hanahoe pulling the strings from centre forward.
This Sunday, brings together a new chapter in the v Kerry story.  It will see Stephen Cluxton trying to shut out Colm Cooper, Bryan Sheehan against Denis Bastick lár na páirce and the O’Sé brothers v the Brogans.
It is a game that everyone will be looking forward.  ’s new kids on the block against the established heads of Kerry.  One name missing from the Kerry teamsheet will be Dara O’ Sé.
Despite all his success and big championship days, he never played an Al-Ireland against the Dubs and he would have loved to be getting revved up for Sunday.  I am sure he will be kicking every ball on Sunday.  I’m sure Conal Keaney and Shane Ryan will have similar thoughts.
Ahead of the game I got the thoughts of a few GAA personnel in the county.  Here are their opinions.

Niall Conway (Ballinderry) - After watching both semi finals, I am going for the Dubs, by about three points.  They have an immense workrate and are intense in the tackle.  In general, they are much fresher than Kerry.  Up front their forwards have younger legs.  This will hurt the Kerry defence and cause them blems.  Prediction:
John Deighan (Limavady) – It’s the Kerry footballing pedigree that usually prevails at this time of the year.  However, the question is can they contain the Brogans?  Bernard does the damage, whereas it’s Alan who makes them tick!  An All Ireland for will no doubt re-ignite the game, as it's been a big second to rugby the past few years.  Ath Cliath Abu.  Prediction:
Having Diarmuid Connolly back free to play again (rightly or wrongly) is another big boost for the Dubs which unfortunately may leave semi-final game changer Kevin McManamon to play the role of super sub again.
Have Kerry really been tested this year? Not so much in my eyes. I can't see the Gooch getting the freedom he had the last day out and think 's superior conditioning levels will stand to them. Going with the heart.  by 3!  Prediction: 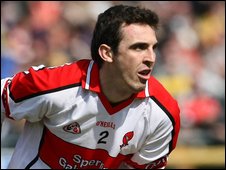 Kevin McGuckin (Ballinderry) - This is the final that everyone in GAA HQ wanted, and bably all the neutrals wanted - a real star studded final with enough household names on show to have everyone in Ireland interested. I don’t think this will be a tactical battle with Kerry to play their total football and to possibly utilise their working half forwards to allow Ger Brennan to sweep the space in front of Donaghy and Gooch.
I think it will be relatively open, and if it is then it will be very entertaining with whoever gets the lion’s share of possession in midfield to supply their danger men bably the team to win. I thought 's performance against Tyrone was almost perfect, a real joy to watch all over the park and if they can reach those heights again then Kerry will struggle to curtail them up front.
However, it’s hard to back against the Kingdom when they have Gooch, 'Star' and Darren O'Sullivan playing at the top of their game. Part of me would love to see the Dubs do the business, but I can’t see past Kerry who have the experience of previous finals behind them. Hopefully it’s a classic!  Prediction: Kerry

Martin Donaghy (Claudy) – I think Kerry’s class and experience will come through in the end.  The Gooch has been slowly building all year and Declan O’Sullivan won’t have two quiet games in a row.  It’ll be a high scoring game with Kerry winning by three or four points.  Prediction: Kerry 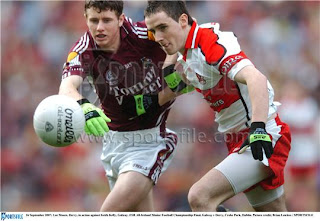 Lee Moore (Craigbane) - Dublin are in new territory going into the All-Ireland Final, I don’t think you can look into their win over Donegal too much in the semi final, although they were very impressive against Tyrone.  Kerry have had an easier run to the final, they haven’t met any team as fit or powerful as Dublin other than Cork and this could go in Dublin’s favour.
Kerry’s set up could suit ’s forwards also.  The Brogans and Connolly could have loads of space as Kerry don’t play a sweeper. Kerry are never easily beaten though and with their forwards Gooch, Star, Darren and Declan O’Sullivan, they will be hard to stop. I’m expecting a high scoring match with arguably the two best forward lines in the country lining out. I’ll go for Kerry by the narrowest of margins.  Prediction: Kerry
(Ogra Colmcille) - Mal I'm going to go for the Dubs to end their hunt for Sam since 1995.  I think their route to the final with some tough games against Tyrone and Donegal.
It will set them up better than Kerry who having beat Limerick and Mayo in their last two outings and scoring 1-20 in each game they haven't really been tested.
No one has tested the Kerry defence yet and there are still question marks over their midfield pairing, there's no doubting the quality they have up front but I'm going to go by 2.  Prediction: 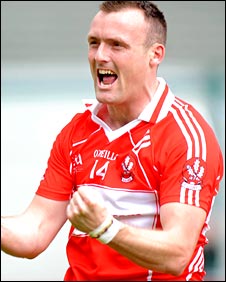 Patrick Bradley (Glenullin) - I expect the final to be a good open game of football. Yes, will try and filter back to negate the threat of Gooch and Donaghy but not anywhere near the way Donegal dropped off. Gooch is in top form at the minute but barring himself and Darren O Sullivan I'd worry that the Kerry forwards aren’t totally firing. will believe that when they attack, they can really hurt the Kerry defence.
I think that if play at the high intensity that we know they can and move the ball into their full forward line early, they can get goals.  I expect it to be high scoring and end to end but think will shade it by a point or two.
Prediction:
Joe McCloskey (Slaughtneil) - This is a difficult game to call, as no real pattern can be discerned from either teams previous results. Kerry had  a good win over cork, but the rebels subsequent defeat to Mayo put that into perspective.

Likewise blew Tyrone out of the water, but laboured against Donegal. If the forwards can get on top of the Kerry defence, then they have every chance. However they would need to negate the influence of Declan o'sullivan, which I don't think they can do. Kerry to emerge victorious by 4 or 5 points.  Prediction: Kerry


Johnny Kelly (Magherafelt) – Looking forward to this one, it could be the Gooch v Brogan final.  No doubt it should be a more open final than the v Donegal semi-final with Kerry out to attack.  I think with the Dubs in their first final since 1995 the pressure will be too much for them to handle - Kerry to win by 6  Prediction: Kerry


Paul Bradley (Slaughtneil) –  I think will win the big one on Sunday.  Their tough semi final win against Donegal and having to pull it out of the fire will have helped the Dubs hugely.  Up front are dangerous and I feel they will just have too much for an ageing Kerry defence.  The Dubs to win.  Prediction:
So the verdict among the pundit’s is 6-5 in favour of .  It has the makings of an entertaining game and there are strong cases on both sides for victory.
So 26 years after Páudi Ó’Sé climbed the famous Hogan steps, will it be Colm Cooper or Bryan Cullen who will be bellowing out ‘A Uachtarán na hÉireann’ at around 5.00 on Sunday.  I will just stick to my basic ‘Cad é mar atá tú’ at ‘Coláiste An Carn’ on Saturday.
Bring on Sunday.
By MalMcMullan at 13.9.11