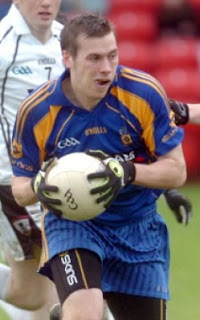 I read a quote from Swatragh manager Artie Kearney in this week’s Derry Post.  He described Steelstown as the new Coleraine, a team that his side needed to be wary of ahead of their quarter final clash.

I guess his logic would be a team coming up the ranks, from a built up area with a long term goal of playing senior club football.  If the Ballyarnet side are to go on to realise their potential, one man who will be central to this will be Stephen Cleary (left).
When not writing articles for his sports blog (www.sc1ports.com), or supporting he is terrorising defences in the Intermediate ranks.  His pace and score taking make him a thorn in any defence.  With these attributes, Cleary would certainly not look out of place in Coleraine’s team and will be among the next batch of players who John Brennan will be running his eye over to further develop his Derry Senior Squad.
If Moneymore were playing Steelstown this weekend, their manager Paddy McGuckin would have been deciding if it was Ryan Barker or Daniel Jackson who was best suited to Cleary.  Unfortunately for him he will be walking up the Lonemoor Road to as a spectator, thinking of what might have been.  Steelstown will have to turn their thoughts to their motion race, but I asked Stephen how he felt this weekend’s games would go. 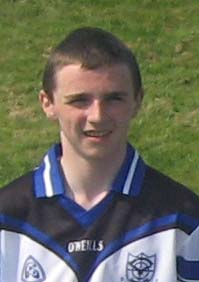 Saturday 24th September (4.00 @ Bellaghy)
Moneymore v Swatragh - After beating ourselves by the closest of margins, Swatragh will be going into this semi-final with real momentum. Strong in midfield with Friel and , Moneymore must make sure they have men in and around to collect any breaking ball.
Moneymore will feel moving the ball forward early to the likes of Paudie O'Neill will give them an advantage to hurt the Swatragh defence, who, from experience, find it difficult to handle players with pace. Moneymore have seven goals so far in the Championship, in four games, and if they can recapture such form, they stand a good chance.
In saying this, Swatragh have a variety of forwards who can take a score and should they keep a high tempo to the game, I find it hard to see the older legs of Moneymore keeping up and booking their place in the final.
Stephen’s Verdict: Swatragh by 3

Saturday 24th September (2.00 @ )
Craigbane v Drumsurn - Drumsurn's form this year in league and Championship is reminiscent of my Steelstown team of last season. Out of the league running quite early, but coming strong in the Championship.
Being frank, everyone will write them off. How will Craigbane deal with this? Ciaran Mullan will be sure to sniff out any signs of complacency and give Craigbane a reminder that there are two sides in this semi-final. 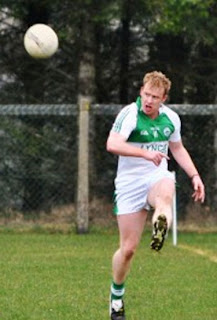 Lee Moore and Cathal O'Kane (left) are obvious threats for Craigbane and will look for them to raise their game once more. I expect Drumsurn to do better than many expect. After all, they upset the odds by beating Foreglen and Ballymaguigan en route to this semi. Who says they can't do it again?
I still feel Craigbane have too much going forward however. But we all love an underdog story, so maybe Drumsurn can cause an upset.
Stephen’s Verdict: Craigbane by 2
----------
Thanks to Stephen for his thoughts.  What whay do you think they will go? Let us know via the COMMENT SECTION below.
By MalMcMullan at 21.9.11