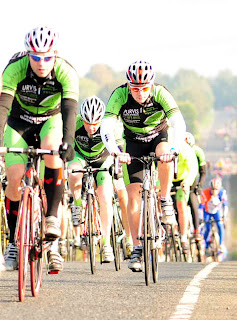 The booming popularity of bike riding over the past few years can be charted against the entry figures for the annual Tour of South Derry which takes place next Sunday (October 9).
The inaugural event attracted 190 cyclists and generated £3,000 for Macmillan Cancer Research. Two years ago, 250 riders set off from Magherafelt GAA club and their admission fees raised £4,000.
Last year, 350 cyclists, almost double the figure from the first Tour in 2008, raised £6,000.
The event is designed cyclists of all abilities.
Newcomers or those who prefer a more leisurely spin can follow the 35-mile route which starts and ends in Magherafelt after coasting through Moneymore, Draperstown, Moneyneany, Maghera and Castledawson.
More experienced cyclists who wanted a tougher challenge can take the 50-mile course, which takes a detour in Maghera for a series of climbs on the slopes of the Sperrin Mountains around Slaughtneil. 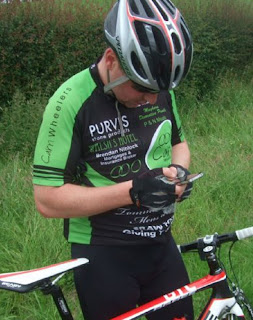 The Tour of South Derry is organised by the Maghera-based Carn Wheelers Cycling Club. The club’s PRO, Ronan Higgins draws particular pride from the fact that every penny raised from the £15 admission fee goes directly to Macmillan Cancer Research.
“The sponsors cover the cost of catering, printing, t-shirts and road signage. That means all the money goes to Macmillan,” said Higgins.
The Carn Wheelers spokesman stressed that the emphasis during the Tour of South Derry is in pleasure rather than pursuit.
“We would encourage any cyclist to come and try the event and enjoy a bike ride on the scenic roads of South Derry. Everyone, whatever their ability, will be assured a warm welcome by Carn Wheelers," said Higgins.
While it is possible to register on the day of the event, those who wait until Sunday mightn’t receive a much-coveted ‘Tour of South Derry’ t-shirt.
“There is only a limited stock of t-shirts. But anyone who enters online is guaranteed a t-shirt so we could encourage anyone who wants a t-shirts to enter that way,” said Higgins.
Registration gets underway at 9am in Magherafelt GAA club, which will provide parking, refreshments and changing. The Tour starts at 10.30am.
The website, www.carnwheelers.co.uk provides links to the online entry service as well as detailed maps of the 35-mile and 50-mile routes.
By MalMcMullan at 3.10.11